Question of the month

Theme: Reactors with 6+ letters in its name 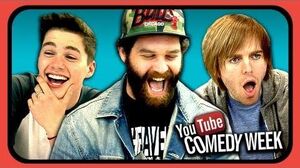 YouTubers React to Try to Watch This Without Laughing or Grinning

Welcome to The Fine Bros Wiki!

The Fine Bros Wiki is a fan-run online encyclopedia that anyone can edit for everything related to Fine Bros Entertainment including the React series', sketches, TV shows and more. FBE is run by brothers Benny and Rafi Fine. FBE currently has more than 17 million subscribers and REACT has more than 9 million subscribers. They also have a secondary channel called FBE2 and a Twitch channel called FBELive.

The wiki is currently being brought up to date. Feel free to edit and add to the current 1,501 articles. 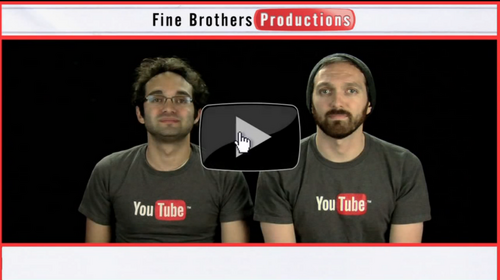 Benny and Rafi Fine are the creators of FBE channel and run Fine Bros Entertainment. They created their YouTube channel in June 2007. Their first videos were mainly sketches. They went on to create many video series including Spoilers, LOST Parody, Emo Dad, and Last Moments of Relationships. They are most well known for their series of react videos. The first was Kids React to Viral Videos #1 (Double Rainbow, Obama Fail, Twin Rabbits, Snickers Halloween) which was released on October 16th 2010. This was very successful and led to the Fine Bros producing other react series such as Teens, Elders, and Adults React.

The Fine Brothers also produced a transmedia web series called MyMusic which had two series and ran from April 2012 - January 2014. The Fine Brothers have produced two TV series: React to That which aired 12 episodes on Nickelodeon from December 2014 - January 2015, and Six Degrees of Everything which aired on TruTV from August - October 2015. They were also the hosts of Six Degrees of Everything. The Fine Bros produced an online video series available through YouTube Red called Sing It.

Retrieved from "https://the-fine-bros.fandom.com/wiki/The_Fine_Bros_Wiki?oldid=31012"
Community content is available under CC-BY-SA unless otherwise noted.